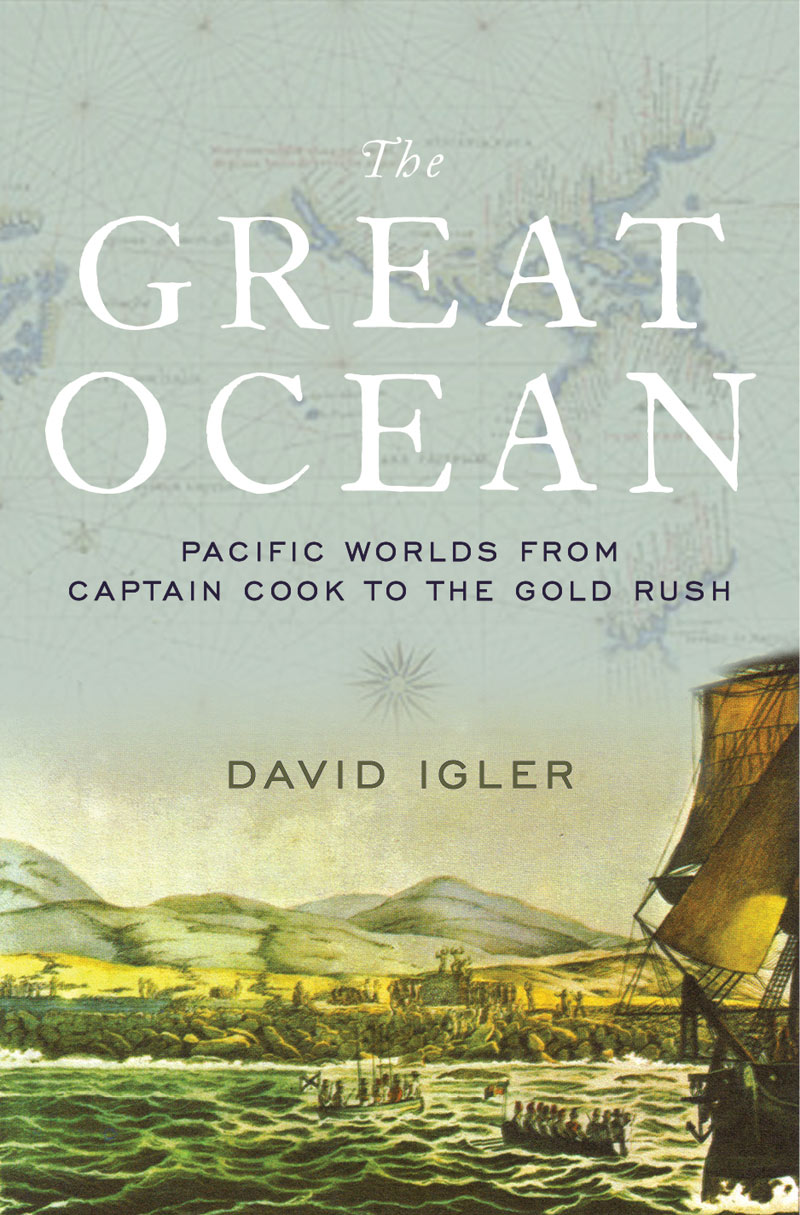 The Great Ocean by David Igler.

When David Igler first pondered writing a book about the Pacific Ocean, he admits he felt a little bit out to sea. “I was hoping to bring the Pacific into the framework of how we think about the early American West,” says Igler, associate professor of history at the University of California, Irvine, and author of the newly published The Great Ocean: Pacific Worlds from Captain Cook to the Gold Rush (Oxford University Press, 2013).

Like any venture into the largest ocean in the world, Igler’s research carried him in many unexpected directions. Instead of bringing the Pacific ashore, Igler had pulled up his stakes as a historian of California and headed deeper into the West. The result is a book that positions the American West as the eastern outpost of a Pacific world populated by native peoples, hunters, traders, explorers, and scientists. The book is organized thematically, covering topics such as commerce, disease, captives, and hunting.

Igler kicked off the launch of his new book this week with an interview on KPFK’s “4 O’Clock Report with Jon Wiener.” Click here to listen to that archived program, where Igler talked about John Kendrick, a Revolutionary War veteran who met a cruel fate in Hawai’i in 1794, and Mary Brewster, the wife of the captain of the Tiger, a whaling vessel that plied the coast of Baja California in the late 1840s. Brewster’s journal includes vivid passages about the brutal extermination of gray whales in Magdalena Bay, off Baja. 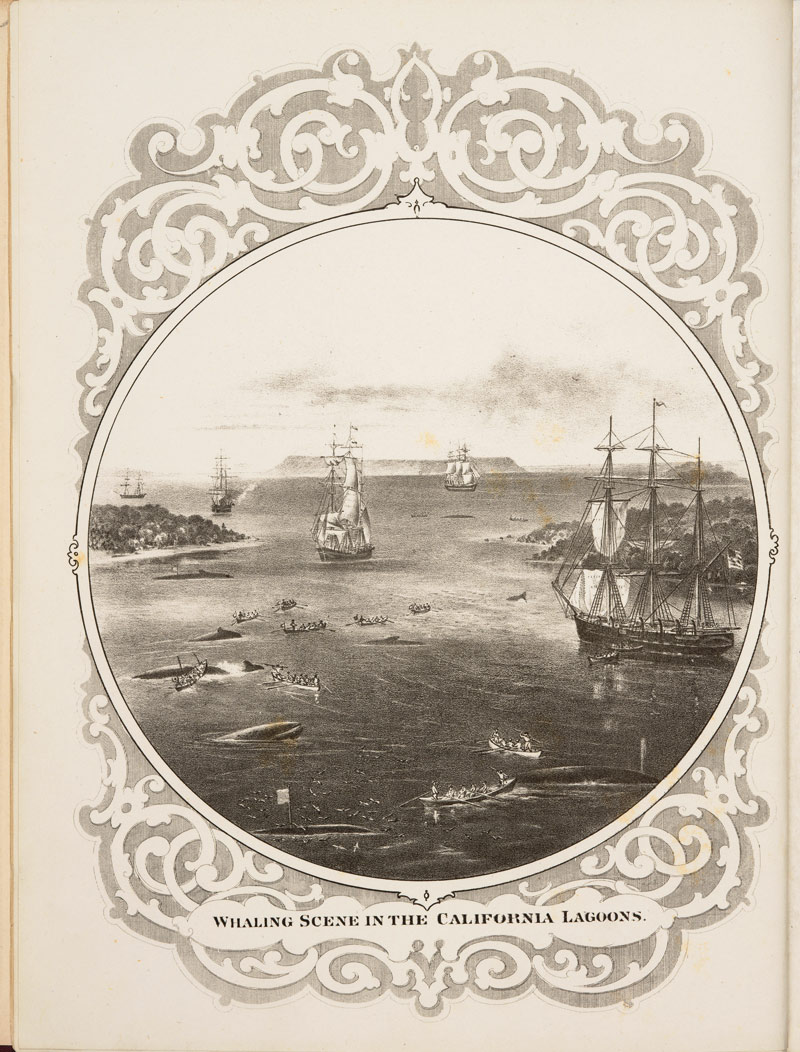 Next Friday, April 12, Igler will appear on a panel at the annual conference of the Organization of American Historians, in San Francisco. In that talk, “Contesting Empire: Individuals and Oceanic Space,” Igler will explain how people like Kendrick and Brewster occupied a middle ground of sorts where notions of national sovereignty or empire mattered less than personal profit or survival.

On April 25, Igler will offer a more personal spin when he is a guest of the Humanities Forum at Claremont Graduate University to talk about “Confronting the Great Ocean: A U.S. Historian Delves into the Pacific (despite his fear of deep water).” Igler also speaks at The Huntington, on April 24, in the lunchtime series “In Conversation” sponsored by the Huntington-USC Institute on California and the West (ICW) and hosted by Bill Deverell, director of ICW.

The Huntington has been a home away from home for Igler, who teaches in Irvine but lives in Pasadena with his wife and two sons, allowing him to keep regular hours at the Library. A full-year Huntington fellowship from the National Endowment for the Humanities in 2005–06 factored into the research and writing of the new book. He has also been active in Huntington conferences and seminars, including his role as co-convener of a conference in 2010, “Pacific Spaces: Comparisons and Connections Across the Pacific Ocean in Early Modern and Modern Times” (available for download on iTunes U). 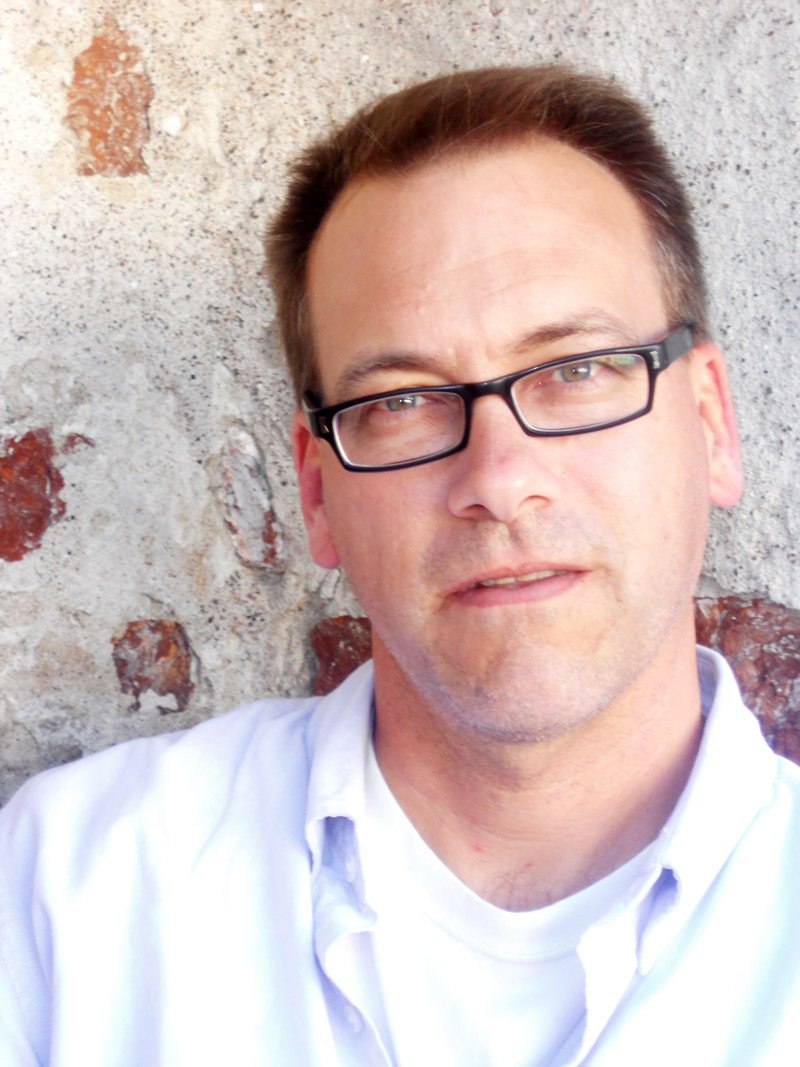 Igler has made excellent use of the rare books and manuscripts at The Huntington, but he came to appreciate all the material that tends to fall outside the definition of “special collections”—that is, published journals and other reference materials that occupy the general stacks.

“Whenever I was jotting down notes at The Huntington,” says Igler, “I would often stop and look up a source. Sure enough, the book was here, and I would go grab it. So being on site was instrumental to my ability to complete my book.”

To order a copy of the book, contact The Huntington’s Bookstore & More.

For more on this story, check out News Bytes in the spring/summer 2013 issue of Huntington Frontiers, downloadable in PDF form here.