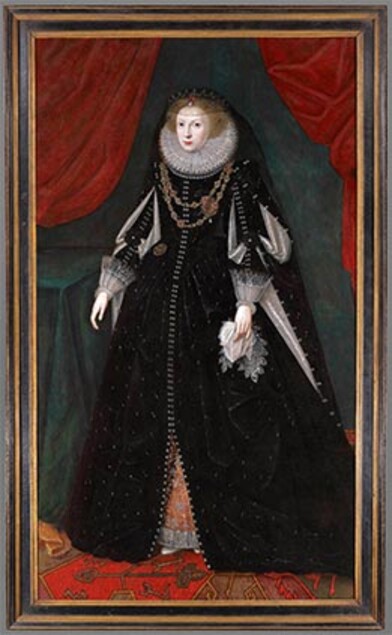 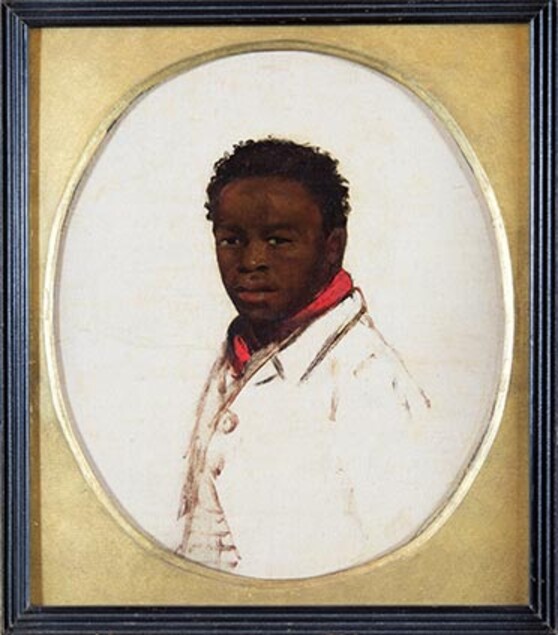 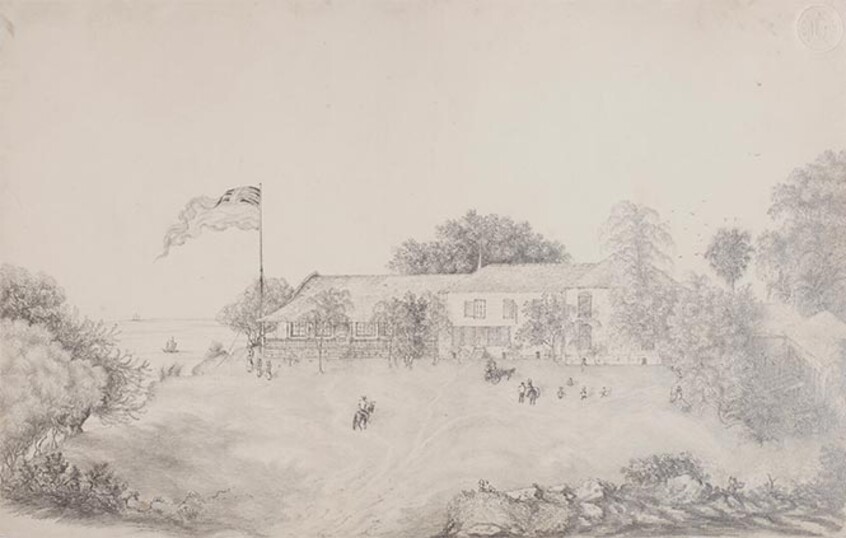 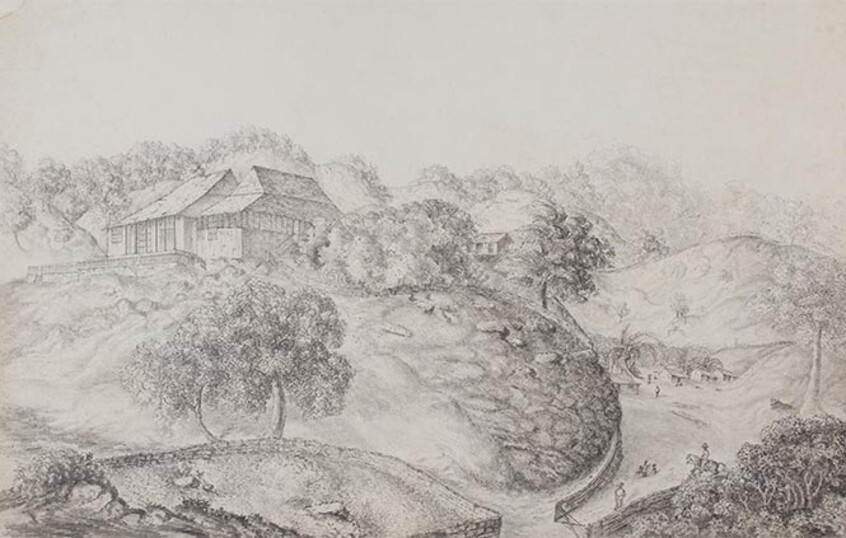 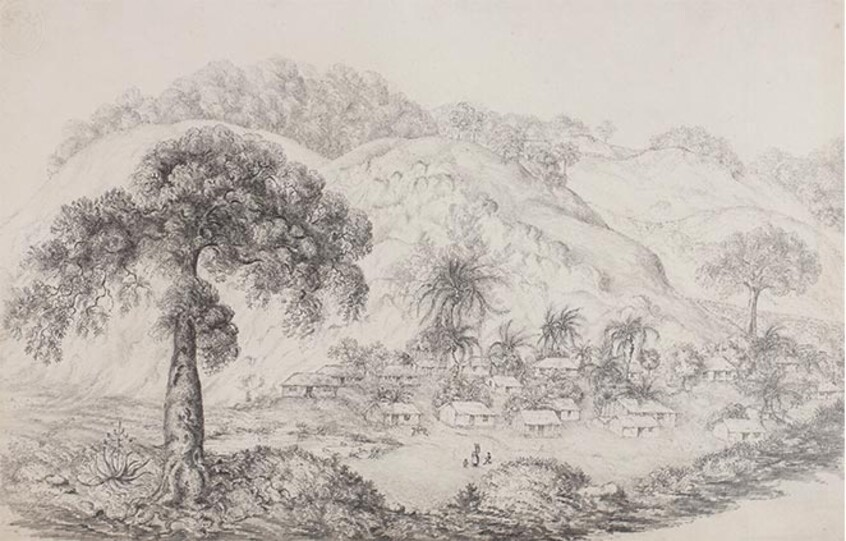 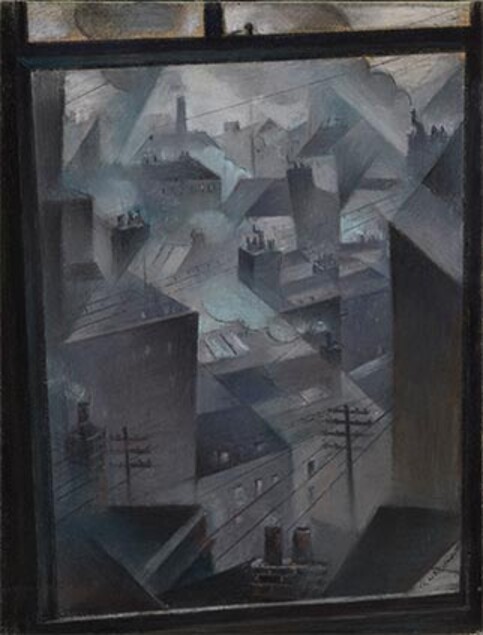 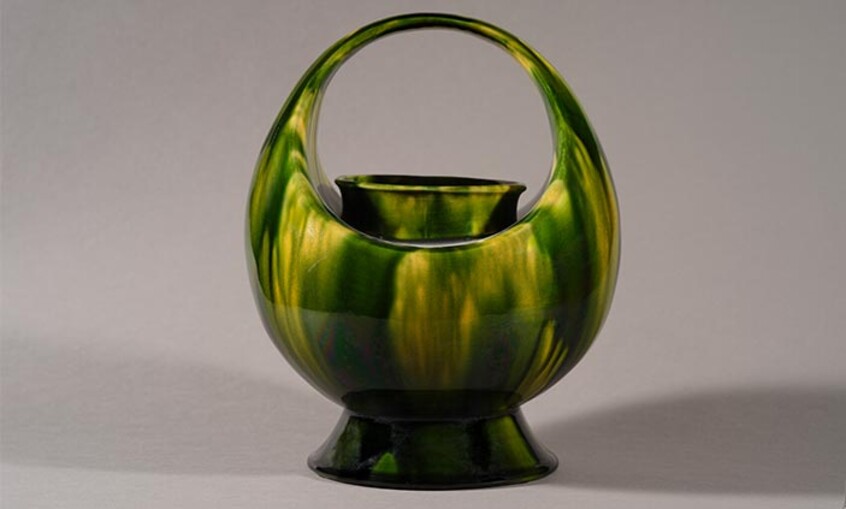 SAN MARINO, Calif.—The Huntington Library, Art Museum, and Botanical Gardens has acquired a group of art works to add to its well-regarded British collections, including a large-scale, meticulously painted Jacobean portrait of a noblewoman, probably by Robert Peake the Elder (ca. 1551–1619), and a rare British painting of a Black man made around 1800. The acquisitions were funded by The Huntington’s Art Collectors’ Council. Among other purchased works were a set of drawings relating to the girl depicted in The Huntington’s iconic painting Pinkie by Thomas Lawrence; a modernist pastel by C.R.W. Nevinson; and a vase by Christopher Dresser, one of Britain’s most important designers of the late 19th century.

The two paintings will go on view in the Huntington Art Gallery on Feb. 15, 2023, with the opening of the related special exhibition “The Hilton Als Series: Njideka Akunyili Crosby.”

“These new acquisitions offer important depth and nuance to the interpretation of our signature British art collections of paintings, works on paper, and decorative art,” said Christina Nielsen, the Hannah and Russel Kully Director of the Art Museum at The Huntington. “I’m delighted that we will debut these two centuries-old portraits in a gallery where Njideka Akunyili Crosby’s intimate contemporary portraits of Nigerian children will be across the room. Akunyili Crosby’s work evokes tropes of Western portraiture and should provide fascinating context to the two older paintings.”

The expertly rendered full-length portrait of a noblewoman from Jacobean England (1603–25) was probably painted by Robert Peake the Elder (ca. 1551–1619). The sitter had been identified as Eleanor Wortley, Lady Lee, from Oxfordshire, based on clues from a record written in the 18th century. However, that theory is now in question, as other evidence indicates the painting was probably made in 1615, when Wortley was still married to Sir Henry Lee and not yet widowed—but this sitter is in mourning clothes.

The woman in the painting stands between two red curtains on a precious imported carpet. She is richly dressed, styled in a black satin gown with a white silk lining, diamond encrusted jewels, strings of pearls, and expensive lace at the neck and wrists. An embroidered petticoat edged with a silver thread fringe is visible at the bottom of the skirt. In her left hand, she holds a white handkerchief bordered with Flemish lace. Her jewelry is particularly fine and includes a crown of pearls in the style typically worn by a countess. There are also jewels in her hair, a bejeweled gold chain inset with pearls and rubies around her neck, and heavy ropes of pearls on her wrists.

Robert Peake the Elder was active in the latter part of Queen Elizabeth I’s reign and for most of King James I’s. The portrait probably dates to the late years of Peake’s career, when he specialized in the full-length “costume pieces” that were unique to England at the time.

“This is our first example of the kind of painting that anticipated the grand manner formula of full-length portraits of nobles dressed in lavish clothing, which influenced such artists as Anthony van Dyck and later Joshua Reynolds and Thomas Gainsborough, all of whom are already beautifully represented in our collections,” said Melinda McCurdy, curator of British art at The Huntington. “This impressive acquisition allows us to broaden the story that we can tell about British art in our galleries.”

“In this mysterious portrait, a young Black man stares out at us with a captivating face, his brow slightly furrowed and his gaze direct and calm,” McCurdy said. “Dressed in a frock coat, waistcoat, and red neckerchief, he has a presence that is dignified and self-possessed, and we wonder, ‘Who is this person?’”

The sitter’s name and identity are not known. He is possibly British; by 1800, there were about 15,000 people of African or Afro Caribbean descent living in England. During the period, there were some prominent figures of African descent in British society, such as the abolitionist and grocer Ignatius Sancho (1729–1780), whose portrait was painted by Thomas Gainsborough in 1768. The sitter was possibly a servant or, given his dress, a sailor, since the style of his coat and red neckcloth are consistent with sailor attire of the period.

“While a bit of mystery surrounds it, this portrait is an exceptional addition to our collection of British portraiture,” McCurdy said. “Single-figure British portraits of Anglo African sitters from the early 19th century are exceedingly rare. The portrait also adds a new historical lens through which we can view the works of other artists in our collection, including Joshua Reynolds, who was active in the English abolitionist movement. Perhaps most strikingly, the painting serves as a historical counterpart to our already iconic Kehinde Wiley painting, A Portrait of a Young Gentleman.”

The Huntington also acquired three drawings by Mary Clementina Barrett (1803–1831), the wife of Samuel Barrett Moulton Barrett, who is the brother of Sarah Goodin Barrett Moulton, better known to Huntington audiences by her nickname, “Pinkie.” Had she lived beyond childhood, Pinkie would have been Mary Barrett’s sister-in-law. The drawings depict Cinnamon Hill Estate, the Barrett family’s Jamaican sugar plantation where Pinkie grew up. Two of the drawings focus on the owners’ residences: Cinnamon Hill Great House and Retreat Sea House. A third drawing shows the buildings that housed the enslaved people of the estate. Together, the drawings present a visceral reminder of the system of human bondage that underpinned the wealth of many British families.

Pinkie was born in Jamaica, where she spent the first nine years of her life on her family’s plantation before being sent to school in England, where she died of an infection two years later in 1795. “The tragic circumstances of this girl’s short life, immortalized in Thomas Lawrence’s famed 1794 portrait, have kept Pinkie’s family history in the background,” McCurdy said. “These drawings bring that story to light.”

Mary Barrett would have received training in draftsmanship, considered an essential part of a wealthy young woman’s education, and her drawings reveal her mastery of the pencil. The views are taken from a wide vantage point, capturing incidents in the life of the plantation. Rendered in fine, precise strokes, Barrett’s drawings are full of incidental details, valuable for what they show of plantation life as well as for what they leave out. Two of the scenes include the residences of the estate’s enslaved people and all three present images of the people themselves, but Barrett does not depict the back-breaking labor of the sugar cane fields that made her family’s position in British society possible.

“These three drawings are essential to building a fuller understanding of The Huntington’s collections. We plan to use them in installations illuminating the history of the British Empire; in educational programming; and in traditional and online publications that foster diversity, equity, and inclusion at the institution,” Nielsen said. “As stewards of the greatest assembly of 18th-century grand manner portraits outside of the United Kingdom, we must reckon with the real lives of the people represented on our walls. These portraits are reflective of the age in which they were produced—in all its complexity—and that is the most important story we can tell.”

A soft geometry characterizes the newly acquired 1916 pastel by British modernist C.R.W. Nevinson (1889–1946). Depicting the rooftops of London from the vantage point of an office window, the painting features a strong, refracted composition of zigzags populated by glowing windows, puffs of smoke, and telephone wires. The atmospheric effect of smog over the city, perhaps at dusk or dawn, is rendered in a soft grisaille (a technique using gray tones). A thin window frame, just slightly askew, sets off the whole picture through its angular borders.

Nevinson is most famous for his pictures of war. Witnessing the carnage of trench warfare during World War I, Nevinson returned from the front to exhibit his controversial pictures of war, including soldiers facedown in the mud or convalescing on stretchers. From an Office Window comes from this formative period in the artist’s career, when he also focused on the atmosphere of the city and, in particular, London’s smoke and smog. Several years after making this picture, Nevinson helped to form the Brighter London Society, which advocated for the beautification of the city and the improvement of such conditions as air quality. “From an Office Window is particularly relevant today, given our own increasing awareness of the climate crisis,” McCurdy said.

The Huntington holds another urban Nevinson drawing, Bar in Marseilles (1921). From an Office Window may have been a study for a 1917 oil-on-canvas version of the same composition, which was also translated to a mezzotint in 1918.

Christopher Dresser was one of Britain’s most important independent designers of the late 19th century. The rare “basket”-style vase, designed by Dresser and produced by Ault Pottery, bears a variety of international influences characteristic of Dresser’s imaginative, deeply historical, and improvisational style. The vase’s luscious deep green and yellow glaze is inspired by traditional Chinese and Japanese pottery, and is typical of Dresser’s finer pieces. The form—with its pouch-like, curving shape tapering to a thin handle—is reminiscent of Japanese bronze vessels and woven moon baskets used for ikebana, or flower arranging.

Dresser worked for a variety of manufacturing firms during his long and influential career. Early on, he trained as a botanist, often incorporating his knowledge of flowers and plants into his wallpaper, textile, ceramic, furniture, and metal designs. He also drew inspiration from ancient cultures, taking cues from ancient Peruvian pottery and Persian, Egyptian, and Moroccan objects, as well as Asian styles that influenced his cutting-edge, modernist designs. He was a proponent of the Anglo Japanese style, writing and lecturing widely on the topic, and he played a significant role in introducing the style to middle-class audiences in Britain and the United States.

“Although The Huntington’s collection is strong in British Arts and Crafts and aesthetic movement material, it astonishingly did not include works by Dresser, who was among the most prolific designers of his era,” McCurdy said. “This vase adds to our substantial collection of works by such contemporaneous designers as William Morris and Walter Crane.” It also connects with the Japanese influences that are visible in The Huntington’s American works by Louis Comfort Tiffany, the Herter Brothers, and Greene and Greene.