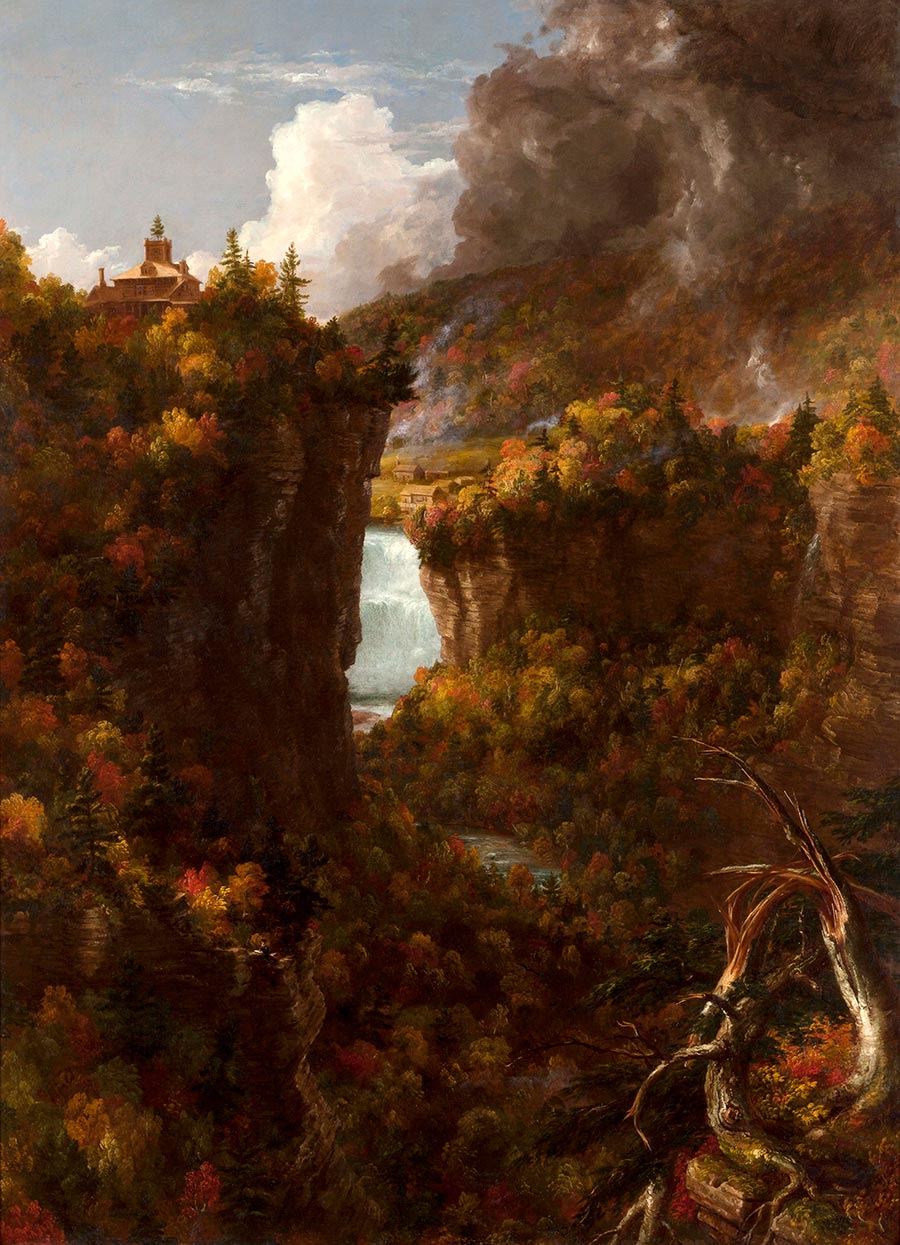 Thomas Cole, Portage Falls on the Genesee, ca. 1839, oil on canvas, 84 1/4 x 61 1/4 in. (214 × 155.6 cm). Gift of The Ahmanson Foundation. The Huntington Library, Art Museum, and Botanical Gardens. Cole captured this sublime view of the Genesee River Valley near Portage Falls in upstate New York, an area that was undergoing dramatic transformation with the construction of the Genesee Valley Canal. Canal Commissioner Samuel B. Ruggles enlisted Cole to make this painting, which is a lyrical tribute to the natural world and a warning about humankind’s effects on it.

The monumental Portage Falls on the Genesee (ca. 1839) by the 19th-century English American landscape painter Thomas Cole (1801–1848) is at once beautiful and sublime, depicting the overwhelming scale and power of nature in a spectacular region of upstate New York. The painting, on view in the Virginia Steele Scott Galleries of American Art, is by the artist who inspired the Hudson River School of painters and is widely considered a foundational figure in the history of American landscape painting.

Yet, like so many works of art in The Huntington’s galleries, there is more to Portage Falls than meets the eye. To explore the valences of race, politics, colonization, and American landscapes as they relate to the stories told by this painting, we are convening a conference at The Huntington titled “Race and Place in 19th-Century New York State” on Dec. 8 and 9, 2022, in Rothenberg Hall. 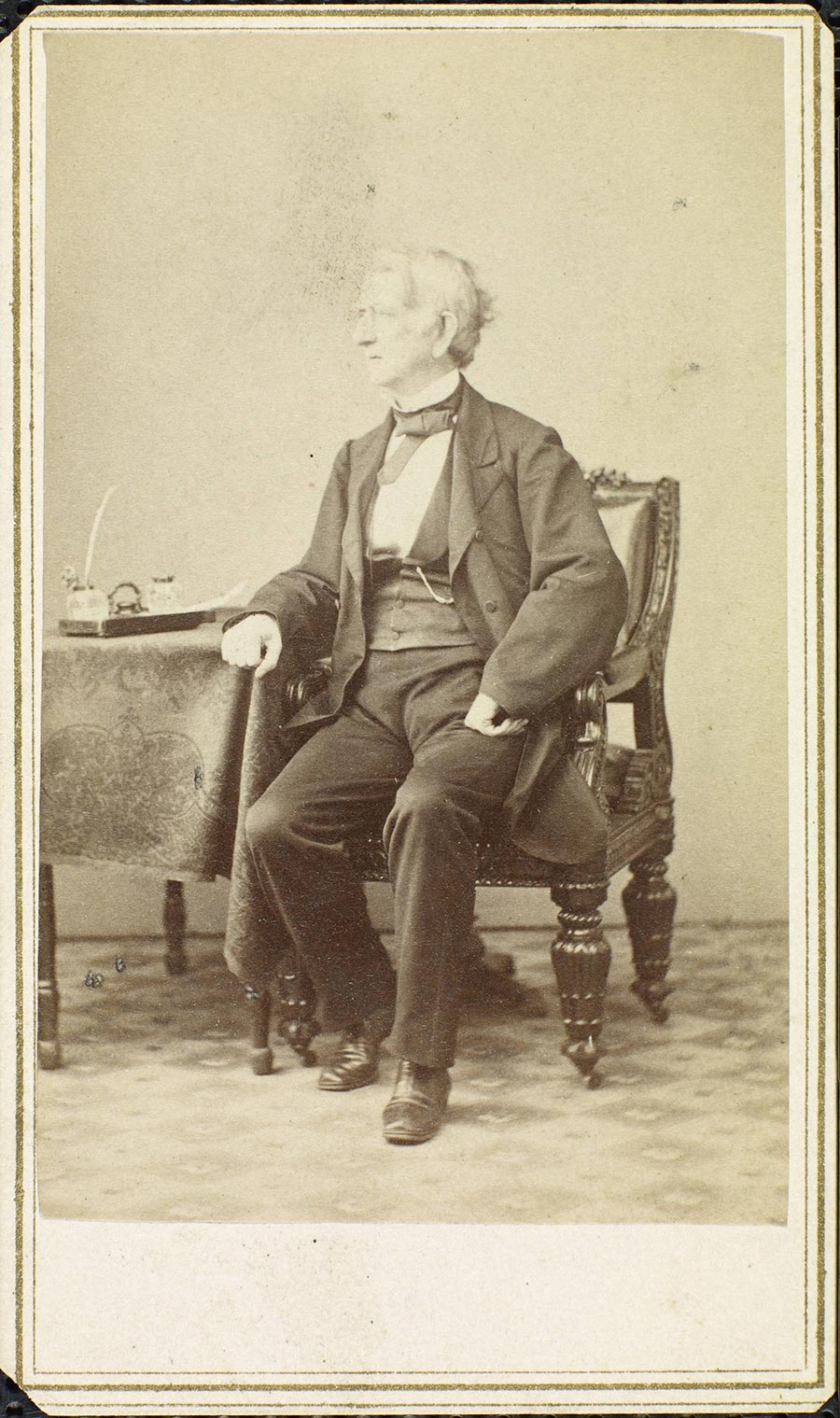 Alexander Gardner, William H. Seward, ca. 1863. This studio portrait of Seward was taken while he was serving as the U.S. secretary of state under President Abraham Lincoln. The Huntington Library, Art Museum, and Botanical Gardens.

The conference presenters will juxtapose new thinking about Cole and the statesman William Henry Seward (1801–1872), a leading 19th-century political figure who served as a U.S. senator from New York (1849–1861) and U.S. secretary of state (1861–1869) under presidents Abraham Lincoln and Andrew Johnson. Portage Falls was originally presented to Seward earlier in his career when he was the governor of New York (1839–1842); it hung in the executive mansion in Albany and later in his personal residence, now known as the Seward House Museum, in Auburn, New York—where it remained for most of its existence before being acquired by the Ahmanson Foundation for The Huntington.

To think anew about Cole and Seward is to confront great issues of the past that still resonate powerfully today: environmental destruction and humankind’s impact on the natural world, African American life and the legacies of slavery in New York state, and the experience of Indigenous peoples and cultures under a settler-colonial regime. Considering Cole and Seward together demands a new appraisal of the relationship between artistic creation and political action. To engage these questions, the conference brings together a group of leading scholars in art history, history, American studies, and environmental studies. 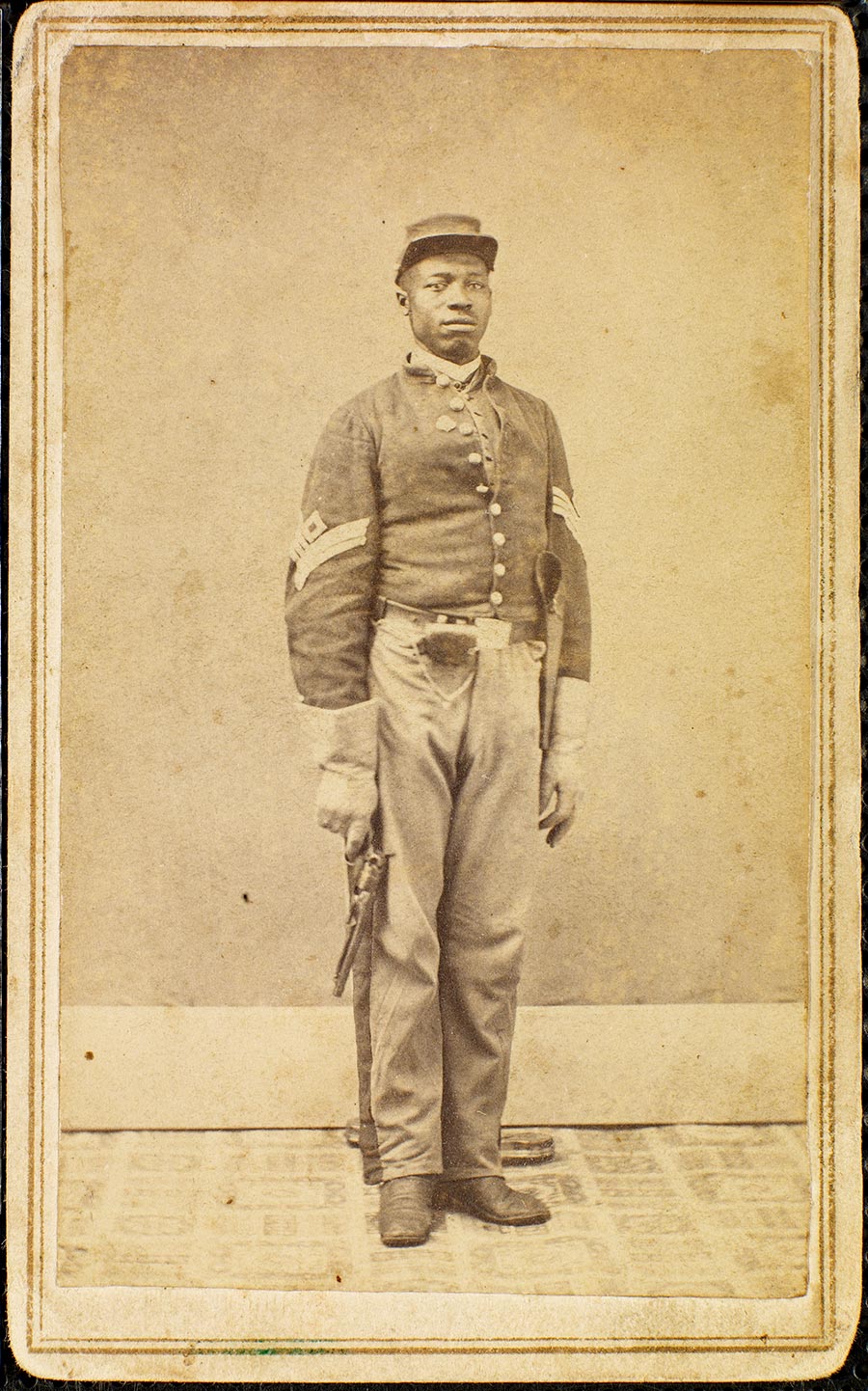 Born in Bolton-le-Moors, in Lancashire, England, in 1801, Cole became a staunch opponent of President Andrew Jackson’s populist politics and his wholehearted embrace of the profit motive and unrestrained industrial development. Bemoaning the environmental effects near his Catskill, New York, home in the 1840s, Cole denounced “copper-hearted barbarians.” David Stradling (University of Cincinnati) will look closely at the local landscape of Portage Falls—already a tourist attraction before Cole painted it—as a significant site for Cole’s artistic imagination. In contrast to Cole’s works that largely sidestepped issues of slavery and abolition, Anna Arabindan-Kesson (Princeton University) will discuss Black painter Robert Scott Duncanson (1821–1872), who was influenced by Cole and employed Cole’s medium of landscape painting to visualize Black history. (Read about Duncanson’s painting Landscape with Ruin in Huntington Frontiers.) 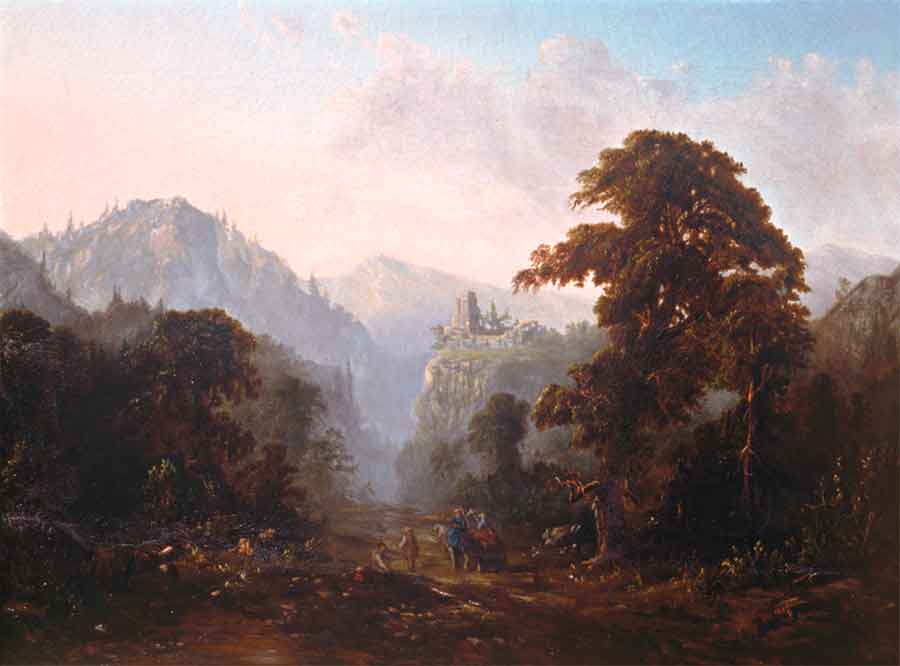 Central to the conference’s approach to questions of land, politics, and representation in New York state are Indigenous perspectives. Jami Powell (Dartmouth College) will lay out the urgent case for “Indigenizing the Canon” of American art history, while Kelvin Parnell (University of Virginia), Andrew Lipman (Barnard College), and Shannon Vittoria (Metropolitan Museum of Art) will offer new perspectives on the representation of Indigenous peoples in the culture, literature, and art of antebellum New York.

By using the juxtaposition of two celebrated figures of the 19th-century American establishment as a starting point, the conference opens up contested issues of politics, race, and the environment that continue to fissure and energize politics, culture, and art to this day. 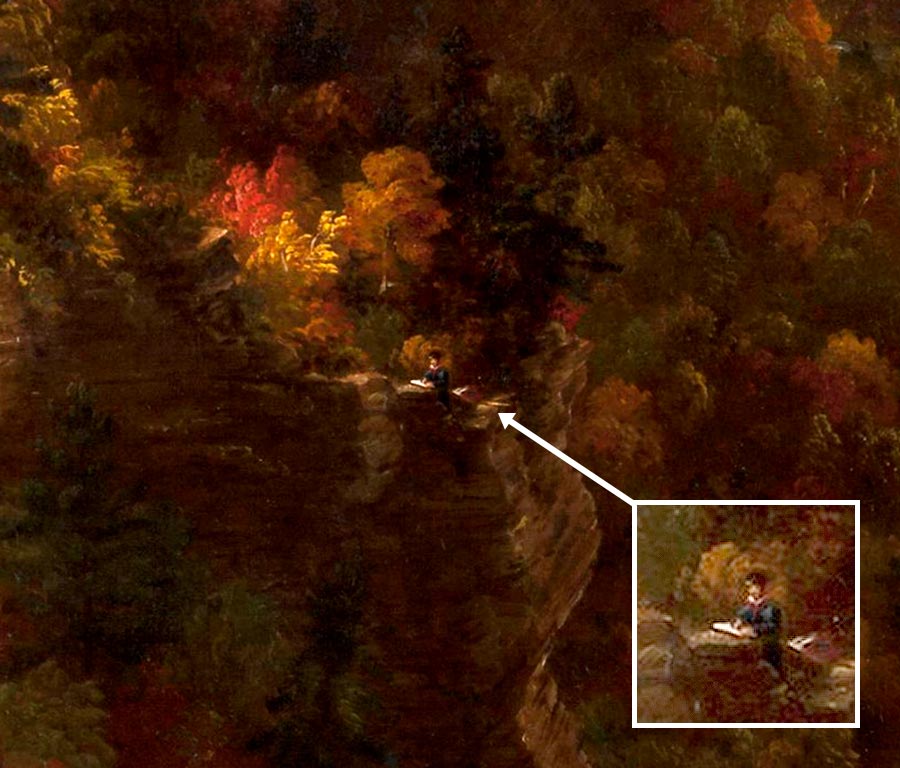 Thomas Cole, Detail of Portage Falls on the Genesee, ca. 1839, oil on canvas, 84 1/4 x 61 1/4 in. (214 × 155.6 cm). Gift of The Ahmanson Foundation. The Huntington Library, Art Museum, and Botanical Gardens. Cole painted a self-portrait of an artist sketching the vista amid autumnal hues, dwarfed by the scale of the gorge and the falls.

Tim Barringer is the Paul Mellon Professor of the History of Art at Yale University.